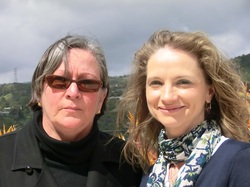 Murtha Baca is Head of the Digital Art History Access program at the Getty Research Institute (GRI) in Los Angeles, California. She holds a Ph.D. in art history and Italian language and literature from the University of California, Los Angeles. For two decades, she has worked on the development of the Getty vocabulary databases (Art & Architecture Thesaurus®, Union List of Artist Names®, Getty Thesaurus of Geographic Names®)—multilingual tools for documentation of and access to cultural materials. She is an adjunct faculty member in the Department of Information Studies at UCLA, where she teaches graduate seminars on metadata and indexing and thesaurus construction. Murtha has published extensively on data standards and controlled vocabularies for indexing and accessing cultural heritage information, especially with a view to providing end-user access to images and related data on line. Her publications as editor include Introduction to Art Image Access: Issues, Tools, Standards, Strategies (Los Angeles: Getty Research Institute, 2002) and Introduction to Metadata (revised edition, 2008). She was a member of the Visual Resources Association editorial team that wrote Cataloging Cultural Objects: a Guide to Describing Cultural Works and Their Images (Chicago:  ALA Editions, 2006), and was a member of the team that wrote the third edition of the Framework of Guidance for Building Good Digital Collections (National Information Standards Organization, 2007). Murtha wrote the entry on "Controlled Vocabularies for Art, Architecture, and Material Culture” for the third edition of the Encyclopedia of Library and Information Science (Taylor & Francis, 2010). She has taught many workshops and seminars on metadata, visual resources cataloging, and thesaurus construction at libraries, museums, universities, and other organizations in North and South America, Europe, and Asia.

Nuria Rodríguez Ortega is Chair of the Department of Art History at the University of Málaga (Spain), where she teaches graduate and postgraduate courses in aesthetics, terminological and textual research, and digital culture. She holds a Ph.D. in Art History from the University of Málaga and a diploma in Digital Humanities from the University of Castilla, La Mancha. She lectures at various Spanish universities on topics relating to digital humanities and cultural heritage management and has led several seminars such as El patrimonio historico-artístico e Internet: perspectivas de future (2008) and Documentación del patrimonio histórico-artístico: del inventario de bienes a la web semantic (2010). Nuria’s research focuses on two main lines of investigation: artistic theory and critical terminology; and art and cultural heritage in the digital realm. Since 2006, she has led a research project, ATENEA, financed by the Ministry of Innovation and Science of the Spanish government. This project aims to develop a digital environment for the critical analysis of Spanish artistic texts from the 16th through the 18th centuries, using a historical terminological-conceptual thesaurus, the TTC. Nuria is the author of numerous books and articles related to thesauri and other digital resources for the history of art, most recently: Teoría y literatura artística en la sociedad digital. Construcción y aplicabilidad de colecciones textuales informatizadas (Gijón, Trea, 2009), and “Conocimiento artístico e Historia del Arte. Reflexiones en el contexto de la sociedad digital,”(2010) in the journal Museo y Territorio.